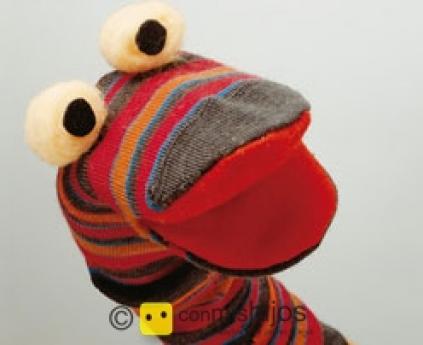 Cut the tight at the level of the knee and put the stuffing in. Tie a knot in the end. 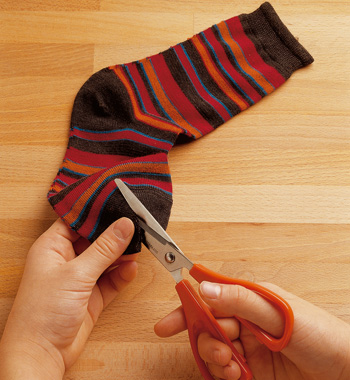 Make the catepillars rings tying red wool (6 in total: 5 big and 1 smaller which will be the nose). 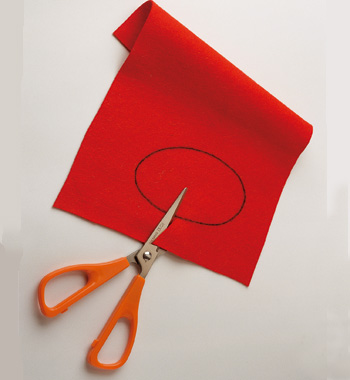 Cut out two white felt circles and two smaller of black felt for the eyes. Then cut out four big black circles to make the patches. 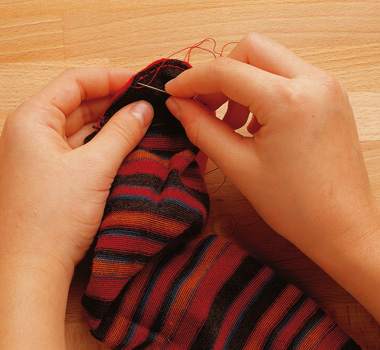 Glue the eyes in the face and the patches in the catepillars body. 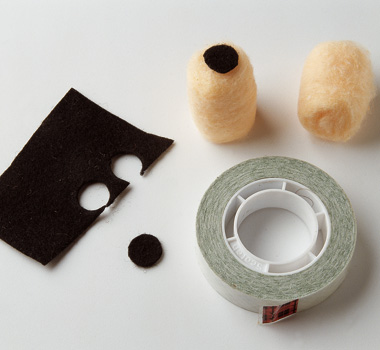 Roll a piece of black felt and tie it with a red wool thread to make the antennas and sew them to the caterpillars head with a needle for wool. 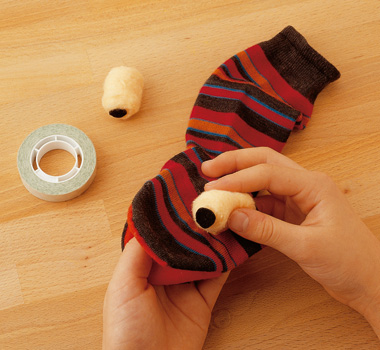