This childrens craft will allow the children to disguise himself at Halloween, Carnaval or any childrens party. 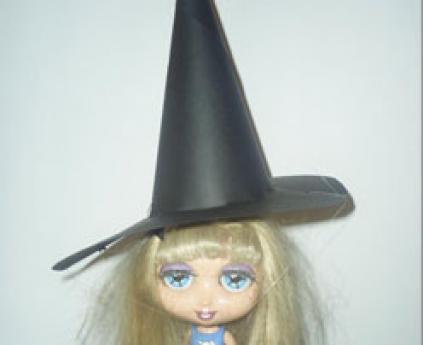 You can use a big paper rectangle. Roll one of the pieces of paper to form a cone. Close the cone with glue or staples

Cut out the points which protrude from the base of the cone.

Put the cone on the second piece of paper. Trace the cones outline with a pencil or a chalk. Remove the cone and draw a second circle around the first one to make the brim of the hat.

Cut out the ring. Make small cuts in the base of the cone to form tongues of about 1cm. Bend them and put glue on them.

Put the cone in the hats brim and stick the tongues. Make a hole on each side of the cones base. Thread the elastic thread and tie a knot on each side.