This childrens craft is a perfect complement to hang on the Christmas tree or to decorate a Christmas present. 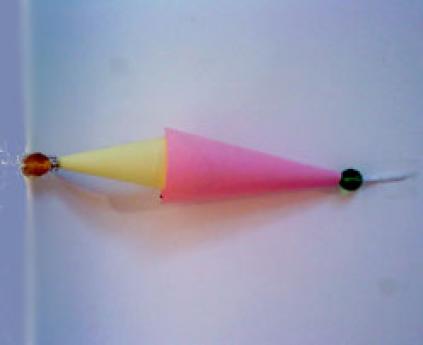 Draw and cut a a circle with a 6cm radius in the red card and another one of 5 cm radus in the green card. Cut both circles in half.

Roll the semicircles as a cone and glue them. Cut the point of each cone. Careful, not too much!

Cut a piece of cord (at least 20 cm). Tie a bead to the center of the cord and put the two extremes of the cord inside the green cone.

Put the cone inside the red cone, in such a way that the cones fit the one with the other, as in the photo.

Put a bead through the two extremes of the cord and tie a know. Decorate the bell with gomets.