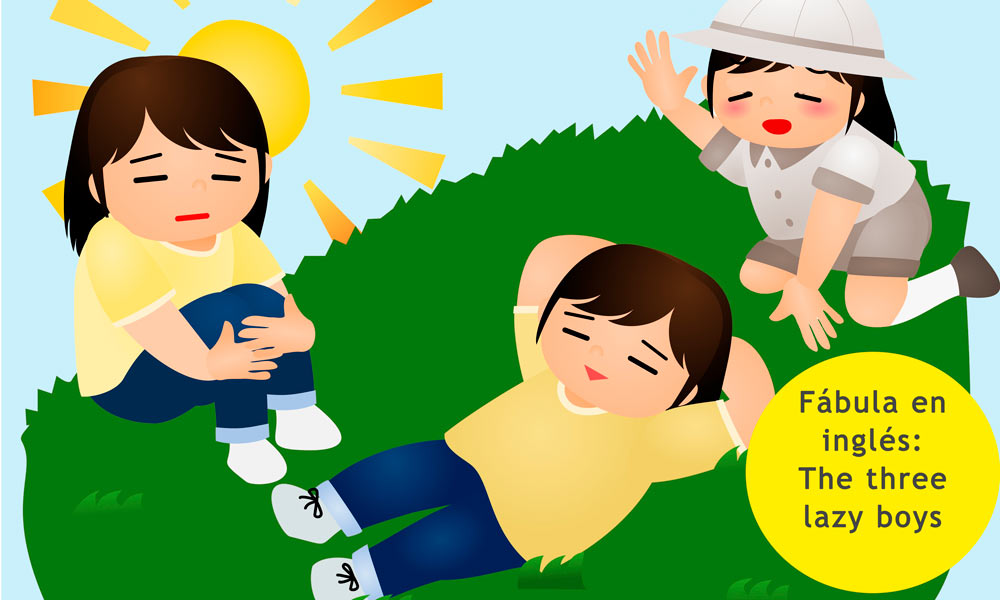 Once upon a time, there was a father with three sons who were lazy. He became ill and called a notary to make his will.

- Mister Notary - he said - all I have is a donkey and I would like it to be for the laziest of my sons.

Few time after, the man died and the notary, seeing that days were passing and none of the sons asked him about the will, called them to tell they

- Did you know that your father made a will before dying? Aren't you curious about what he has left to you? -The notary read the will and then he explained them.

- Now I have to know who is the laziest of the three.

And he addressed to the eldest brother.

- Start you, give me proofs of your laziness.

- I don't feel like telling anything - answered the eldest.

-Speak quickly if you don't want me to put you in jail!

-Once - explained the eldest - I had a red-hot coal on my shoe and even I was burning I couldn't be bothered to move. Luckily, my friends noticed and they put it out.

- You' re really lazy- said the notary- I would have left you to burn to know how much you stood with the red-hot coal on your shoe.

Then he turned to the second brother.

- It's your turn. Tell us something.

- Are you going to put me in jail too if I don't speak?

- Once I fell on the see and even I know how to swim, I had such a great laziness that I did not feel like moving the arms nor the legs. Luckily, a fishing ship rescued me when I was on the verge of drowning.

- Another lazy - said the notary - I would have left you in the water until you had made any effort to save you.

Finally, he addressed to the youngest of the three brothers.

- It's your turn, let's see which proof you give us of your laziness.

- Mister Notary, put me in jail and keep the donkey because I don't feel like talking at all.

And the notary exclaimed:

- The donkey is yours because you are, with no doubt, the laziest of the three.

He addressed to the eldest brother:se dirigió al hermano mayor

I don't feel like telling anything:No me apetece decir nada.

I was on the verge of drowning: estaba a punto de ahogarme.