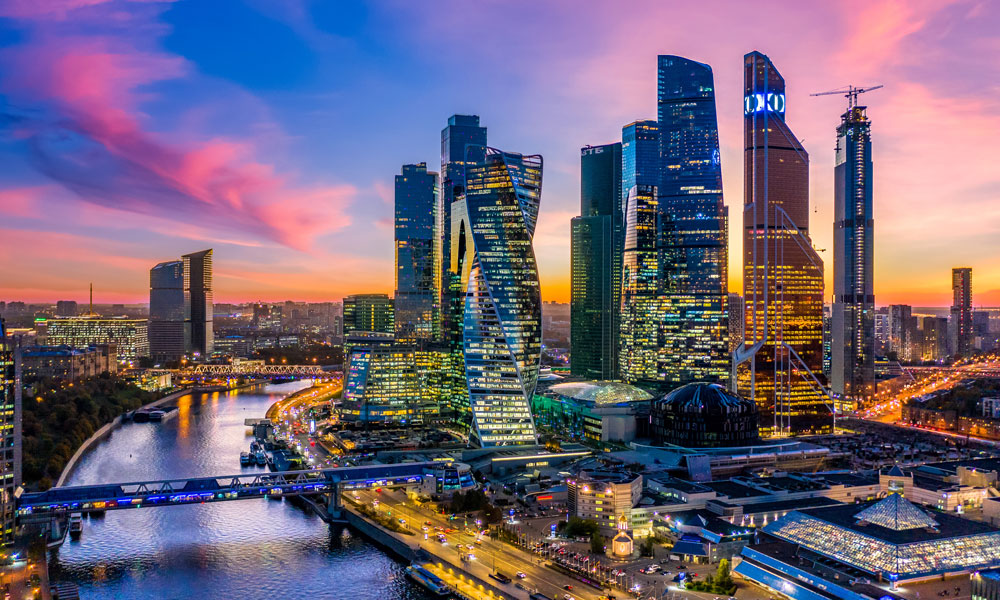 Find out more about colossal buildings around the world.

3. Completed in 1885, the Home Insurance Building in Chicago, United States, is considered to be the world’s first modern skyscraper. After the Great Chicago Fire of 1781, a new construction era began. Instead of wood, the new buildings were made largely of stone, iron and steel, a relatively new and fireproof material that offered greater height and stability.

4. Burj Khalifa is the highest skyscraper in the world: 829.8 metres. However, Jeddah Tower in Saudi Arabia, still under construction, will be soon the world’s tallest man-made structure, as long as nearly one kilometre high! Both buildings were designed by American architect Adrian Smith.

5. Taipei 101 is the greenest tall building on the globe. Its energy consumption is 30% lower in comparison to that of an average building, which means savings of around $ 700,000 a year. This environment-friendly tower also has the fastest elevators: 60.6 km/h. It was designed to resemble a series of pagodas along a giant bamboo stalk and adorned with ornaments of ancient Chinese coins (symbolizing wealth) and dragon heads (representing authority).

6. The Petronas Towers in Kuala Lumpur, Malaysia, are the world’s tallest twin towers: 452 metres. They were designed by Argentine architect César Pelli and erected in stainless steel and glass finishing. Each floor plate forms an eight-pointed star (when seen from the top). Petronas Towers are also built on the world’s deepest foundations (114 metres deep).

7. Intempo Skyscraper in Benidorm, Spain, is the tallest in Spain outside Madrid (187 metres), one of the tallest in the world in a city of less than 100,000 inhabitants, and the tallest residential structure in Spain (269 apartments distributed in 47 floors). The towers are joined together by an inverted cone-shaped structure. From the distance, it looks like a huge M.

8. Two real-life spidermen. On May 25, 1981, American Dan Goodwin climbed the twenty stories of Chicago’s Sears Tower, wearing a home-made Spiderman costume and using suction cups and sky hooks. His purpose was to call the attention to deficiencies in high-rise rescue techniques. On August 1999, French urban climber Alain Robert did the same using no climbing equipment except for his bare hands and feet.

9. Earthscrapers extending into the Earth instead of stretching towards the sky! The firm BNKR Arquitectura has plans to design an earthscraper directly under the central square of Mexico City. The underground would be 65 stories deep. Its structure would resemble an inverted pyramid and the centre of the building would house parks beneath the surface.

10. Future oceanscrapers. Buildings can also rest on the water. Although no oceanscraper has been built to date, the sea level is expected to rise in the near future, so they represent an alternative to constructions on dry land. Aequorea oceanscraper is a real project conceived by Vincent Callebaut to solve the problem of the trash accumulated in the oceans. According to him, thanks to giant 3-D printers, oceanscrapers can be built with a material resulting from plastics and other waste in the sea, mixed with algae. Aequorea is planned to be 500 metres in diameter and 1 kilometre deep, with a capacity for 20.000 people!